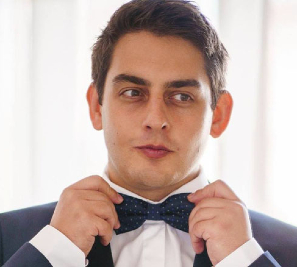 About Alexander Georgiev
I did two internships at Facebook (where I met many TopCoders). Then I worked at Google for some time. Now I am back in my home country working for Skyscanner.

What is the most interesting challenge you competed on at Topcoder and why?
Some of the Algorithm SRMs, but I can’t say exactly which one. Probably one of the old ones (2008-2010) because there used to be many more people competing and the problems were somewhat more interesting to me.

What is your most memorable Topcoder challenge and why?
SRM 483, problem Sheep: as the point of view of a new (at the time) problem setter it was very mesmerizing watching over 300 people fall for it (including targets like Petr, rng_58, liympanda, lyrically, meret, neal_wu, dzhulgakov).

What do you do when not working?
I enjoy hanging out with my friends, playing computer games, and watching movies.

Where do you work? Tell us about your space(s).
I’m currently working at Skyscanner, a relatively popular travel search site in Europe (not so much in the US). Soon after I started, I became lead on a very interesting machine learning project (doing price prediction). This was the best project I have ever worked on. Since then I have moved onto other projects still related to machine learning.

If you could give your past self one piece of advice, what would it be?
Read the problem statement CAREFULLY. Also, buy Amazon stock.

What kind of music do you listen to while working on your solutions?
Mostly chill and house music in the recent few years.

What is the dream project you want to build, design, or solve for?
Some problem with a large practical application and is based on lots and lots of data.

What’s the best tip or piece of advice you can share with other members at Topcoder?
Often your co-workers and the project itself will be more important than the company, the money, and the benefits.

What does Topcoder mean to you?
It was a huge part of my life through university and several years later. I don’t think there are many other things I would be willling to wake up at 4AM for.

How does it feel to be a first time TCO Finalist?
Exciting!

What are you most looking forward to at your first-ever TCO Finals?
Meeting people. It turns out making connections is more important than winning a competition - what do you know!

Did you strive to make it TCO this year and if so, why does it matter to you?
No, I never expected to end up here (and I also didn’t know about the Problem Writer Initiative until after I won a spot). It was a very pleasant surprise. It has been a dream of mine forever, so I’m very happy how things turned out!

What’s the one question and answer you wished we would have asked you, but didn’t?
What would be one improvement you’d want to see in TopCoder? And the answer would be a working online Arena.