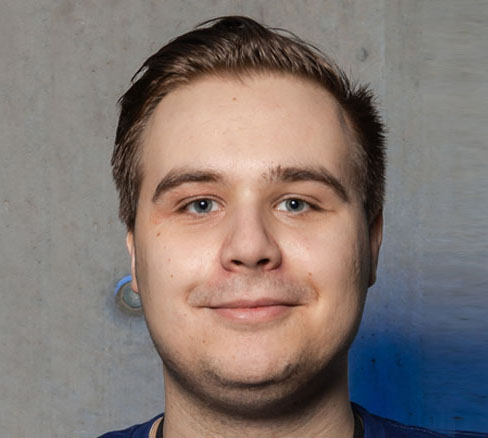 What’s your favorite thing about competitive programming?
It must be the thrill when you’re very low on time, your solution to an important problem finally seems to start working, and you try to submit your solution before the time runs out! Nothing else compares to that adrenaline rush.

How did you start out in competitive programming?
It was when I was about 14. I took part in a competitive programming contest for the middle school students. I even qualified for a regional stage of the contest, but I failed miserably… I tried to write some backtracking solution to a problem where only some trivial Breadth-First Search was required, which gave me a whooping score of 6 points out of 100 on this problem! Honestly, I didn’t earn much more on the remaining problems. :P

What’s your favorite Topcoder SRM problem and why?
I think my favorite SRM problem is OnePointNineNine (TCO 2014, Round 3B) about coloring a set of points in some very special configuration. At first, the problem looks totally unsolvable. However, after a couple of ingenious observations, the solution turns out to be very simple. On the other hand, it’s very easy to convince yourself that some incorrect assumption is “obviously true,” for which reason only 4 competitors out of 43 got their solution accepted!

Who do you think is the most fierce or talented coder at Topcoder and why?
My answer is… well… boring… you guessed it… yeah, it’s got to go to tourist. If you don’t know why, just look at the SRM/TCO scoreboards from the past years.

What do you do when not working?
Listening to music, wasting my life on YouTube, sometimes playing games on my smartphone, etc.

Where do you work? Tell us about your space(s).
I currently study at the University of Warsaw. However, in the past I interned at a couple of companies like Google and Jane Street.

What’s the best tip or piece of advice you can share with other members at Topcoder?
Don’t be afraid of starting in Topcoder matches and experimenting with strategy during these.

How does it feel to be a first time TCO Finalist?
I’m really curious to go to the finals. I’ve never seen any event of similar type where contestants from multiple tracks come to a single place and compete!

What are you most looking forward to at your first-ever TCO Finals?
Probably actually taking part in my competition! Also, it’ll be fun to see what TCO looks like in other tracks.

Did you strive to make it TCO this year and if so, why does it matter to you?
Yeah, I’ve really wanted to go there for a couple of years. I’ve always known TCO as “the longest/the most traditional open competition,” so I really wanted to see what it looks like!