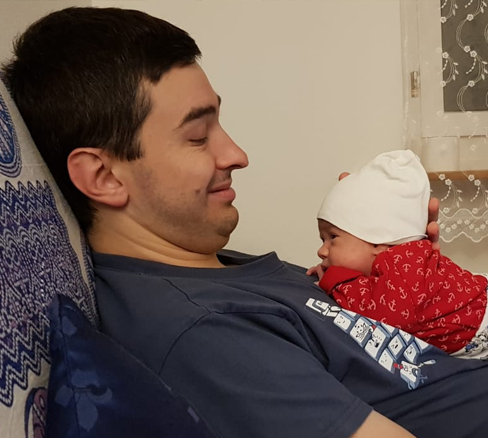 What is your most memorable Marathon Match and why?
TCO 2015 Round 3 - I came in second (after being 1st in provisional standings at the end of the contest and for the most part of it) and qualified for the TCO Finals for the 1st time. It’s memorable because a few months earlier I was talking to CatalinT about how hard it is to qualify to the TCO Marathon Finals and how strong the Marathon competitors are. And yet, that year we both qualified to the Finals for the first time.

What’s your favorite Topcoder Marathon Match problem and why?
Hard to say. Maybe TCO 2018 Round 4 - CakeSharing. Although it’s yet another optimization problem, it required some non-standard approaches in order to achieve good scores.

Who do you think is the most fierce or talented coder at Topcoder and why?
From the active Marathon competitors: wleite. He’s always among the top competitors in any contest. I don’t know how he does that. Even after qualifying to the TCO19 Finals early on, he participated in many of the subsequent matches, always being very close to the top position. From the retired Marathon competitors: Psyho. He made winning Marathon Finals look so easy.

What do you do when not working?
Spend time with my family and squeeze in some time for Marathon matches.

Where do you work? Tell us about your space(s).
At work - a regular desk with 2 medium-large monitors. At home - on the couch, on my laptop.

What’s the best tip or piece of advice you can share with other members at Topcoder?
Keep trying and learn from other Topcoder members.

What does Topcoder mean to you?
A super talented community, that I’m proud to be part of.

What are you most excited about for this year’s TCO Finals?
Meeting other competitors (both old and new ones) and also improving my personal best. :)

Do you strive to be at TCO every year and if so, why does it matter to you?
Yes, if I can qualify (the competition is very strong). I am excited about meeting the best Marathon competitors and also about being one of them. I also generally like competing, and it helps if there’s a clear reward at the end! Also, currently TCO is the only acceptable reason for spending long nights competing (I rarely have time to compete at other times).

What was your secret to getting a ticket for the TCO finals more than once?
When push comes to shove (my TCO Finals qualifications were rarely straight-forward) I can focus better and make up for any bad rounds.