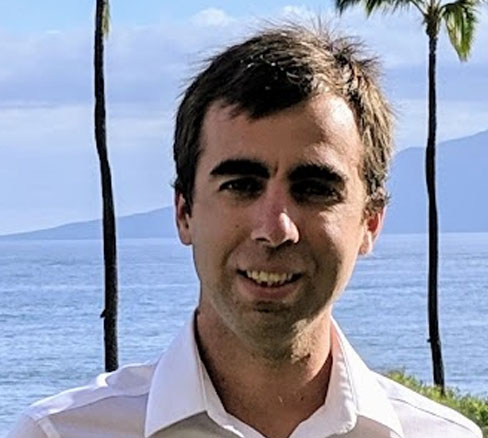 What is your most memorable Marathon Match and why?
TCO19 Round 3, this is the one that allowed me to qualify for the final. I was constantly checking the leaderboard, hoping some candidate would not show off, then rooting for them to improve, and pass some of the competition ahead of me! It was a pretty stressful marathon where my focus was more on the leaderboard than the actual problem.

What’s your favorite Topcoder Marathon Match problem and why?
I have a limited experience with MM. I would say MM110 was my favorite so far. Unfortunately it got canceled and was not run officially, but it was the most interesting problem. It was mixing incomplete information about the future while providing all the information needed to keep track of the score. And while it was canceled, in my mind I remember it as my first and only win!

Who do you think is the most fierce or talented coder at Topcoder and why?
The obvious and easy answer would be tourist however, I haven’t had the chance to compete against him much on Topcoder so far. So, I am going to pick wleite, who no matter the problem always finds a way to be in the top.

What do you do when not working?
Mostly do some sport activities (tennis, basketball, etc).

Where do you work? Tell us about your space(s).
My workspace looks probably like any software developer: a desktop with some big monitors! I guess I also have some robots hanging around which might not be that common.

If you could give your past self one piece of advice, what would it be?
Participate in Topcoder events earlier?

How does it feel to be a first time TCO Finalist?
It’s nice. When I started at the end of last year, I was not thinking about qualifying. However, after ending in third at the end of stage 2 and missing the qualification by one spot, I felt disappointed. This motivated me for the rest of the season to try to qualify.

What are you most looking forward to at your first-ever TCO Finals?
Honestly? I have no idea, I don’t know what to expect. I am just happy I qualified and I will try to enjoy the experience as much as possible. Oh, I know what I am looking forward to… the free beer all night wleite promised during MM110!

Did you strive to make it TCO this year and if so, why does it matter to you?
No it was easy, a couple of hours at most per problem. No big deal. More seriously, at first I was just competing directly against my friend, I felt disappointed when I missed the qualification at the end of stage 2. I started working more and more on the problems, but the competition was getting tougher and tougher. At the end I had to wait on the last problem to qualify for a single point. It was pretty intense the last couple of problems!